Respect the Bear in the Room

It’s hard to forget the brief, pandemic-induced bear market of 2020.

Perhaps even more memorable is how the Federal Reserve responded. The central bank said it would use “any means necessary” to shore up the economy… and the markets.

The freefall stopped and reversed. U.S. stocks went on to new highs. And the markets ignored ongoing lockdowns, deaths, and concerns about the economic damage COVID-19 might cause.

The Fed pumped so much money into the economy that stocks had nowhere to go but up.

But now, it’s a different story. The Fed needs to fight inflation… It’s higher than at any time since 1982. So the central bank is tightening the money supply and has stopped buying bonds.

You see, when the Fed puts money into the system, it’s like going to a party where the host keeps filling the punch bowl.

But now, the Fed is taking the punch bowl away. The party’s over, folks…

And the Fed is just getting started with reversing its easy-money policies. Two simple charts show how dramatic this shift is…

The above chart shows the Fed’s balance sheet. In simple language, these are the assets the Fed owns.

The Fed has bought nearly $9 trillion worth of bonds… mainly U.S. Treasury bonds.

That puts a lot of money into the system. Before late 2008, the Fed never did this. The chart looks like a patient who flatlined until the middle of the Great Recession.

Then everything changed… The Fed started using a technique called quantitative easing (“QE”).

QE has been a massive economic stimulus measure – and a huge boon for the markets. Here’s another chart to show you what I mean…

This is the M2 Money Supply. It’s the amount of dollars the Federal Reserve has circulated into our economy.

Because of the pandemic, the Fed put nearly $7 trillion into the system. That money bolstered the stock market. But it also created another problem… inflation.

As we wrote back in December 2021, the famous economist Milton Friedman said, “Inflation is always and everywhere a monetary phenomenon.” In other words, the Fed’s actions cause inflation.

Now, the central bank is shrinking both its bond holdings and the money supply. It’s barely perceptible on these charts. But it’s happening in real time.

And in the world of monetary policy, even “small” changes on the chart have huge economic impacts for mom-and-pop investors.

Folks, we had it easy. The Fed was pumping up the economy and the markets. But now, that party is over.

The Fed is battling inflation. And the markets will take it on the chin.

The punch bowl is gone. A bear just entered the room. Don’t try to fight it. And make sure your investment decisions respect the reality we’re facing.

Editor’s note: The markets and our offices are closed on Monday, July 4, for Independence Day. Because of this, we won’t publish Chaikin PowerFeed. Please look for your next issue on Tuesday, July 5. No one can predict the investment world’s future – but that doesn’t stop them from trying. Every research report, fact sheet,

Uncle Sam Is a Procrastinator

It’s unquestionable at this point… The “rolling crash” has rippled into almost every market sector. The benchmark S&P 500 Index is down about 20% from its early January peak. And the tech-heavy Nasdaq Composite Index is down around 30% from its November 2021 peak. We’re nearly halfway through 2022 already, too. It’s a bloodbath for

In a Recession, You Have to Be Better Than ‘Good’

When a recession hits, being “good” isn’t good enough… Good dividend-seeking investors focus on strong companies. They want to park their money in businesses that can avoid cutting dividends, even when profits fall. Many such opportunities exist. The Vanguard Dividend Appreciation Index Fund (VIG) is filled with them. But VIG’s yield is only 1.95%. That’s 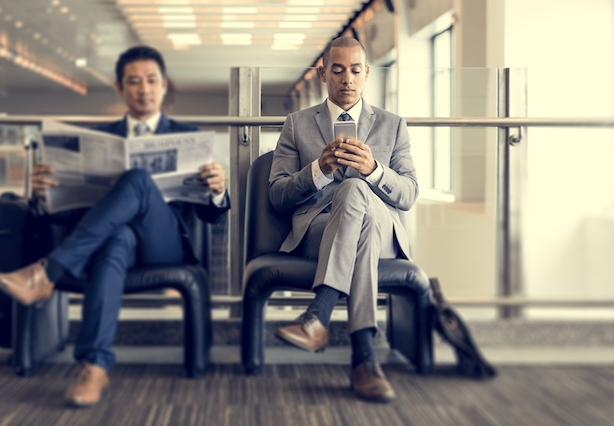 Get PowerFeed »
Scroll to Top